Find the latest information for Annual Conference 2022 as we return to Lake Junaluska!
MasterDetail 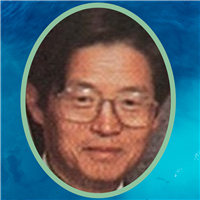 A member of Greensboro Korean UMC, he served as that church’s lay delegate to Annual Conference for a number of years.  Additionally, he served as a member of the Greensboro District Committee on the District Superintendency (1990-2001), the WNC Committee on Equitable Compensation (1987-99), and the General Commission on Christian Unity and Interreligious Concerns (1992-96).  He also provided leadership as President of the Korean United Methodist Men of the Southeastern Jurisdiction (1991).

Be sure to read the other biographies written by WNCC Archivist & Historian Jim Pyatt:
Rev. M. B. Lee McCrary, the first woman to become a full clergy member of the Western North Carolina Conference.

Bishop Charlene P. Kammerer, the first (and to date, the only) woman to serve as Bishop of the Western North Carolina Conference.

Mrs. Jettie Morrison, a key figure in the Women's Society of Christian Service and the integration of The United Methodist Church in 1968.

Bishop L. Scott Allen (May 4, 1918-September 18, 2004), the first (and to date, the only) African-American to serve as Bishop of the Western North Carolina Conference.

Mr. Clarence Winchester,  a leader in the North Carolina Conference (Central Jurisdiction) and in the WNC Conference.