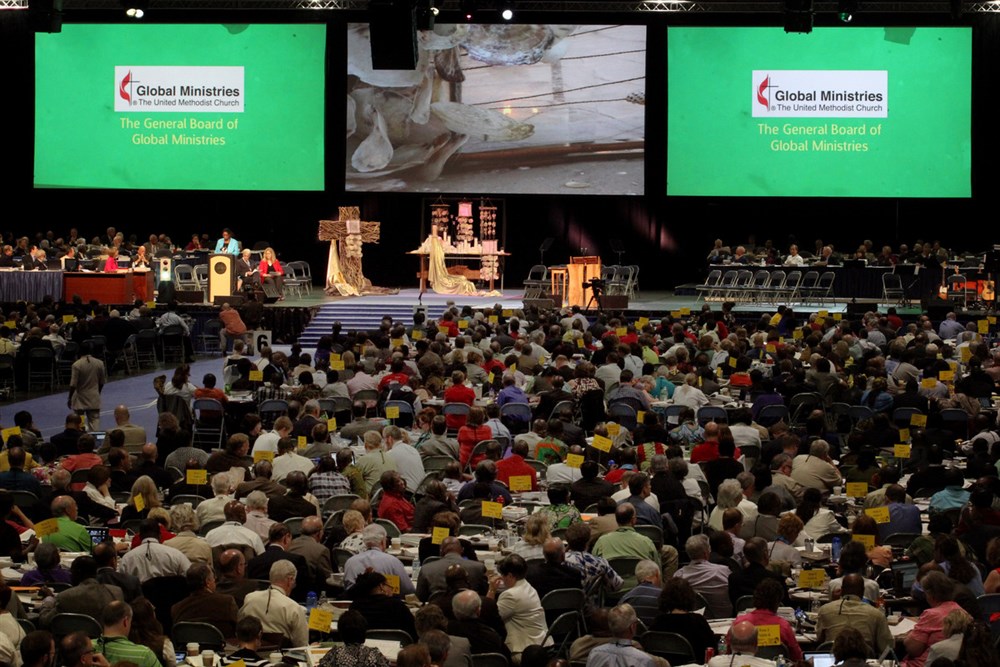 Since I have been a member of this conference, we have elected delegates to General Conference one way: we get a list of every eligible clergy member, with a number assigned to each, and we vote.

At no point do people have to raise their hand and show interest in representing the Annual Conference, or have the opportunity to share their hopes and dreams for General Conference.  Similarly, the clergy are not given the opportunity to discern whether those for whom we vote have a basic competency in general church matters. The laity voting is completely different.  Why?

As best as I have been able to piece together, there has been a desire to avoid overt political machinations among the clergy ranks.  Interest groups who circulate - publicly - a list of "approved" clergy are frowned upon.  Unfortunately, this does not take the politics out of the process, it simply forces them to be covert.

It is a law in economics that when something is banned for which there is a significant demand, it does not go away; it is driven underground.  This is where black markets originate.  When goods or services go underground, they become darker and uglier.  Think here of the so-called "War on Drugs."  Or, to bring it home for those of us with Southern roots, think of Prohibition.  Alcohol did not go away; it simply went to barns and backwoods in the form of illegal stills.  When something is banned, there are often unintended consequences.

Enter our clergy voting for General Conference delegates. With nothing but a large sheet of names before us, the clergy have nothing to go on but name recognition.  This benefits clergy who have been in the system a long time, or who come from prominent families or hold very public positions, but makes it difficult for people on the edges of the system - say, young or second-career clergy, or people in extension ministries - to have a chance to represent us.  The effect of the current system, intended or not, is to keep the same folks going quadrennia after quadrennia. (I am reminded of how Eddie Murphy's character got elected to congress in The Distinguished Gentleman.)

I have not heard a good explanation for why the laity's system is different. Why is more transparency preferred for the people in our pews and not for those of us in pulpits?  It strikes me as an ugly double standard.

We are entering a critical time in the life of the United Methodist Church.  I, like many of you, recently attended a District conversation updating us on The Commission on the Way Forward and the called General Conference of 2019.  Decisions made in the coming years will have serious impact on our local churches.

This is why it is concerning that we have clergy delegates representing WNCC who were elected without having to express either interest in or knowledge about General Conference matters. (This might sound silly, but I had someone ask me for their vote leading up to 2016 who was totally unaware of most of the serious legislation being put forward that year.)  To expect lay delegates to answer questions and put themselves forward for election, when we are not expected to do the same, is simply unjust.

It is often remarked that the UMC is modeled, for better or for worse, on the United States Government. Our Council of Bishops makes up the executive branch, the Judicial Council serves as the judicial branch, and General Conference forms the legislative branch. As historian Scott Kisker recently pointed out, our system is unique in granting the highest authority to the legislative ("conciliar") body.

This is why it is strange that we choose to send clergy to represent us with so little information.  How does a democratic system function without some sense of the aims of those for whom we vote? Other conferences, for instance, often give potential clergy delegates a list of questions to answer in writing, the opportunity to address the whole body, and provide basic information (age, seminary attended, appointments served, etc.) about those who have put themselves forward or been nominated.  How is this possibly an inferior way to select representatives?

Greater openness and transparency in future elections would benefit the conference as a whole.  As I reflect on what is coming in 2019, I wish I had a clearer sense of what the preferred UMC future is for those in our clergy delegation.

As it stands, however, we have representation without information.

Drew McIntyre is the Pastor of Grace UMC in Greensboro. He blogs at drewbmcintyre.com, and co-hosts the WesleyCast podcast, available on iTunes.
Follow us on Instagram