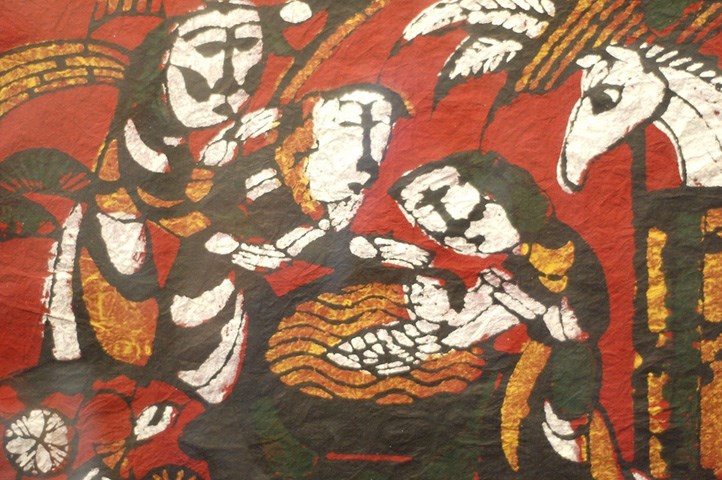 It is hard to believe, but I began working in churches almost 40 years ago.

I started right out of high school as a youth and children’s staff person in small churches in Alabama.  My first Christmas working on a staff I worked with a youth group who wrote their own sarcastic and humorous Christmas skit for worship that year.

A few years later, I was serving a four point charge in South Alabama, and we had Christmas Eve services in the two larger churches that year.  We had a Christmas party at a member’s farm, and had a fire out by a barn surrounded by cows, horses and yard dogs.  It was a memory that I would not forget.

I served in a staff role after I had moved to North Carolina, and my gift to the senior pastors and their families was to prepare dinner on Christmas Eve.  We would generally eat between an early service and the 11 p.m. service.  I would cook a Cajun seafood dish as was done in the Creole parts of Alabama, and it was generally very spicy.  Based on the amount of water that was consumed, those pastors had eaten a bit too much garlic and hot pepper.

My son made a very realistic crying Jesus in a manger his first Christmas being just a month old when the children did their annual play in Mayodan.

Christmases following that, we were often on the road early on Christmas morning to my folks for Christmas Day.  We would usually get on the road after a 10 or 11 p.m. service on Christmas Eve and wind our way to Alabama or Florida for the holidays.

Some of my most memorable Christmases were spent in Japan where I pastored an international church. Christmas Eve was always an amazing service, filled with Japanese young adults. Most of my English speaking congregation was somewhere else during the holidays, but we always had a curious crowd who came to light candles, sing some familiar carols.

I learned that Christmas Eve was known for being a romantic date night in that country, and the least of their concerns was the Good News of Jesus being born.  But they never left without hearing the Gospel preached in English and Japanese.  And every year, someone would show up in the weeks following to hear more about this Jesus and his love for all.

The past two years, I have been back in the pulpit of a church, and it has been my pleasure to preach the Good News again in the context of this mountain community.

Like so many years in the past, we gathered around the table and sang “Silent Night” by candlelight and read the familiar story from Luke 2.

I am more convinced than ever that the story of Christ’s birth is a timeless, universal message of God’s love for us.  As I look back, that story was received eagerly in many different languages, in rural and urban settings, among people young and old, and in churches of all sizes and shapes. Not a one of us is left out.

May we rediscover this season God’s love and a new in the birth of Jesus!

Joy to the World! The Lord is come…

Michael Rich is the director of communications for the Western North Carolina Conference and pastor of Faith UMC in the Smoky Mountain District.
Follow us on Instagram