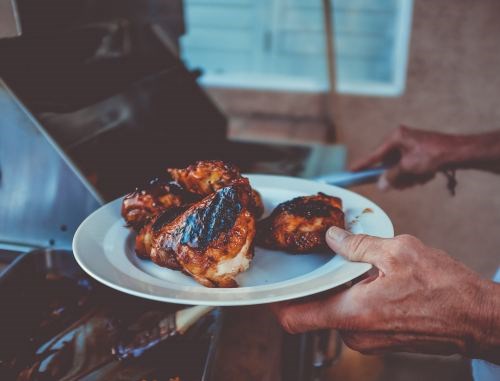 Labor Day in the United States is a public holiday celebrated on the first Monday in September. It honors the American labor movement and the contributions that workers have made to the strength, prosperity, lawsand well-being of the country. (from Wikipedia)

Since the late 19th century, our country has paused from work on the first Monday of September.  I am pretty certain that we have gotten away from the original intent of the celebration.  I saw few examples of honoring the labor movement across the nation and the news.

I looked through the front pages of a half dozen major newspapers for the last couple of days, and there was no mention of the holiday, and no mention of labor movements (save for a short article about a plant cutting costs to remain solvent).

I read several stories about the President canceling DACA (a program that grants work permits to undocumented immigrants who were brought to the country as children), and the conflict with North Korea, as well as reports of recovery from Hurricane Harvey.  It appeared to be a normal news day on the Labor Day holiday.

I sat through a Labor Day Weekend event on Sunday, and did not hear a single mention of the labor unions that built the town of Canton over the last century, but there were plenty of mentions of the businesses, politicians and financial supporters that sponsored the music event.

I avoided the parade on Monday morning that brings about half of my county to a halt. It may be one of the last vestiges of the earliest celebrations of Labor Day.

Other than the fact that the traffic was a little lighter in my small town, the wheels of commerce appeared fully running, and there was not much of a holiday for most of our retail establishments.

So, many of us had a long weekend, how did we celebrate?  What did we learn?

How was your Labor Day Weekend?

Michael Rich is the director of communications and pastor of Faith UMC in Waynesville.