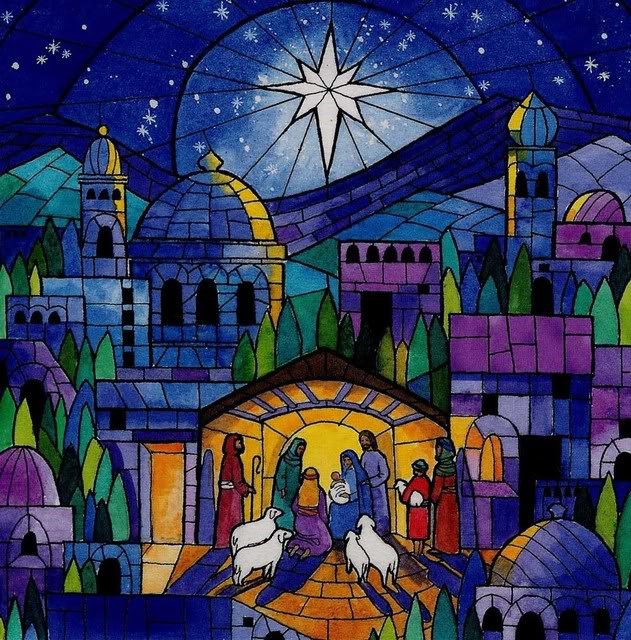 There is one week to go before Christmas! There have already been cantata’s, lesson and carols, Christmas parties, and Advent hymns. I could always hold off on Christmas carols until the Third Sunday of Advent. By then the restive congregation was ready to revolt if they didn’t get some Christmas carols.

But next Sunday we can pull out all the stops for Christmas. Christmas Eve and the Fourth Sunday of Advent collide this Sunday. It means a long, full tiring day for pastors and staff. Show them some mercy and appreciation. Many will start early and go to bed later, especially if there is an 11 PM Candlelight Communion Service.

But as I said it is a day to pull out all the stops! People come out of the woodwork this day. We used to make fun of the C & E Christians (Christmas & Easter). DON’T. Many are coming because they want to reconnect to something they knew earlier in their lives. The question is can our services be a vehicle and a channel for that reconnection? For pastors it is time for your best preaching. Yes, you probably have two sermons to prepare for this day. I would always find this 4th Sunday of Advent to be the second most attended service of the year, second only to Easter. So, the audience will be there.

It is time for laity to not just pay attention to those you know but specially to reach out to those you don’t know. It is easy to think that is the pastor or staff’s job. IT IS NOT! It is everyone’s job as being part of the Body of Christ to show Christ’s hospitality and to be like that innkeeper of long ago who found a place for a homeless family seeking shelter.

Then Sunday night we have the opportunity to reach other strangers through our Christmas Eve services, many which will be Candlelight Communion. What is it about candles, darkness, and singing Silent Night that connects people to the mystery of God? The trick is getting out of the way, letting it happen, and being there for people when it does.

My two favorite memories of Christmas Eve services both happened at Dilworth United Methodist. The Rev. Dr. Russ Montfort started the 11 PM Candlelight Communion service back in the early 70’s. It was one of the most special services of the year and always well attended. Being an urban church close to downtown Charlotte, there would always be people present whom you didn’t know.

This one Christmas Eve, I vividly remember an older woman in a mink stole who reeked of alcohol coming to receive Holy Communion. She started crying at the communion rail and abruptly left before receiving. She headed out into the darkness of night before either I or Harold Wright (Sr. Pastor) could get to her. Nor did any of the laity get to her. I have been haunted by that woman ever since. Did the burden she was crying get relieved? Did she experience the grace of God? Did we fail her or help her that night?

Then there was another year when Melvin, who had some mental issues came to receive. Melvin looked awful. As I brought him the bread I asked Melvin what happened. He said, “Two guys jumped me that day but I managed to get to my truck, get my pistol, and return fire.” Then in an emphatic voice he declared, “PRAISE JESUS!” A woman kneeling next to him also in a mink stole decided she didn’t want to commune with Jesus that night and returned to her pew. Melvin brought a bit too much earthiness to her.

But that is where the miracle of Christmas happens isn’t it, in our earthiness? That is the declaration of Christmas isn’t it, that the “Word became flesh and dwelt among us;” that God has pitched God’s tent among us. And if that miracle happened long ago, doesn’t the miracle still happen now?

I love how Frederick Buechener described this assertion of where incarnation happens in his book Wishful Thinking:

“The Word became flesh” writes John “and dwelt among us, full of grace and truth (John 1:14) It is unsophisticated. It is undignified. It is untheological. But according to Christians it is the way things are.

All religions and philosophies which deny the reality or the significance of the material, the fleshy, the earth-bound are themselves denied. Moses at the burning bush was told to take off his shoes because the ground on which he stood was holy ground (Exodus 3:5) and incarnation means that all ground is holy because God not only made it but walked on it, ate and slept and worked and died on it. If we are saved anywhere, we are saved here. And what is saved is not some diaphanous distillation of our bodies and our earth but our bodies and our earth themselves. Jerusalem becomes the New Jerusalem coming out of heaven like a bride adorned for her husband (Rev. 21.2) Our bodies are sown perishable and raised imperishable (I Cor. 15:42)

One of the blunders religious people are particularly fond of making is the attempt to be more spiritual than God.”


Don’t be more spiritual than God this Christmas. Pastors make the Word flesh again through your flesh and your words. Laity and pastors make the Word flesh again by your actions, your kindness, and your caring. The hurting of the world and the burdened who come seeking that re-connection to the mystery of God NEED TO KNOW the grace of God in their flesh. You never know who is going to show up this Sunday and this Sunday night. So, pull out all the stops and see what happens!

Rev. Duke Ison is a retired clergy member of the conference, but stays busy with ministry at Centenary UMC in Winston-Salem, NC.
Follow us on Instagram